Examine some of our most fundamental ideas about truth, reality, right and wrong and explore the ancient civilisations of Greece and Rome. Experience these cultures first-hand through our unique collection of antiquities with our BA Philosophy and Classical Studies.Philosophy and Classical Studies at the University of Reading will equip you with the ability to think logically, to evaluate arguments critically, and to challenge your own ideas and those of other people.In Philosophy, you will learn about the central philosophical principles, concepts, problems, texts and figures, from leading experts whose research strengths lie especially in moral philosophy and the philosophy of the mind and language.Small class sizes in both our Philosophy and Classics departments ensure that students receive dedicated individual attention. In 2019 we achieved a 96% overall satisfaction score for BA Philosophy, and a 93% overall satisfaction score for the Department of Classics, in the National Student Survey.In Classical Studies, you will learn about the literature, history and culture of ancient civilisations. Through the study of translated texts you can discover how the ancient world has influenced modern literature and culture. You will explore themes of poetry, tragedy and love in classical literature, art, and performance. You can also enhance your knowledge of the ancient world through Latin and Greek language modules or gain an understanding of the period through different media, for example through drama and films from Ben-Hur to Gladiator.The Department of Classics is ranked sixth in the UK for research overall, third in the UK for research output (Times Higher Education Institutions ranked by subject, 2014, based on its analysis of REF 2014 - Classics), and 100% of our research impact has been recognised as world leading or internationally excellent (Research Excellence Framework, 2014). Modules such as Ancient Philosophy will give you a chance to combine what you have learned in Philosophy and in Classical Studies, as you learn about the philosophy of Plato and Aristotle.PlacementWe encourage you to undertake placements as they provide you with a chance to put your newly acquired knowledge and skills into practice as well as allowing you to gain valuable real-world experience.You can undertake a placement at any point in your degree and work in a company or charity relevant to your final year studies. For example, a previous student worked at a zoo to learn more about the ethical treatment of animals.Other students have chosen to study abroad for one term in their second or final year. Partner institutions include universities in Europe, the USA, Canada, Japan or Australia.**Careers**Throughout the degree you will have the opportunity to complete career-related modules. These enable you to think about what career you would like and what skills you will require.Philosophy and Classical Studies will equip you with a range of transferable skills in clear thinking, logical analysis and the critical assessment of argument. Such skills are greatly valued in a variety of professional careers such as law, politics, management and marketing. Overall, 97% of our Philosophy graduates and 94% of Classics graduates are in work or further study within six months of graduation (Destinations of Leavers from Higher Education survey, 2016–17).Our recent graduates have gone on to a wide variety of careers, including work in accountancy and banking, government and the civil service, law, heritage and museums, teaching, publishing, public sector management, libraries and archives, and media research and production. Recent employers include GCHQ, the Foreign and Commonwealth Office, the University of Oxford, the British Museum, the NHS, the Environment Ag 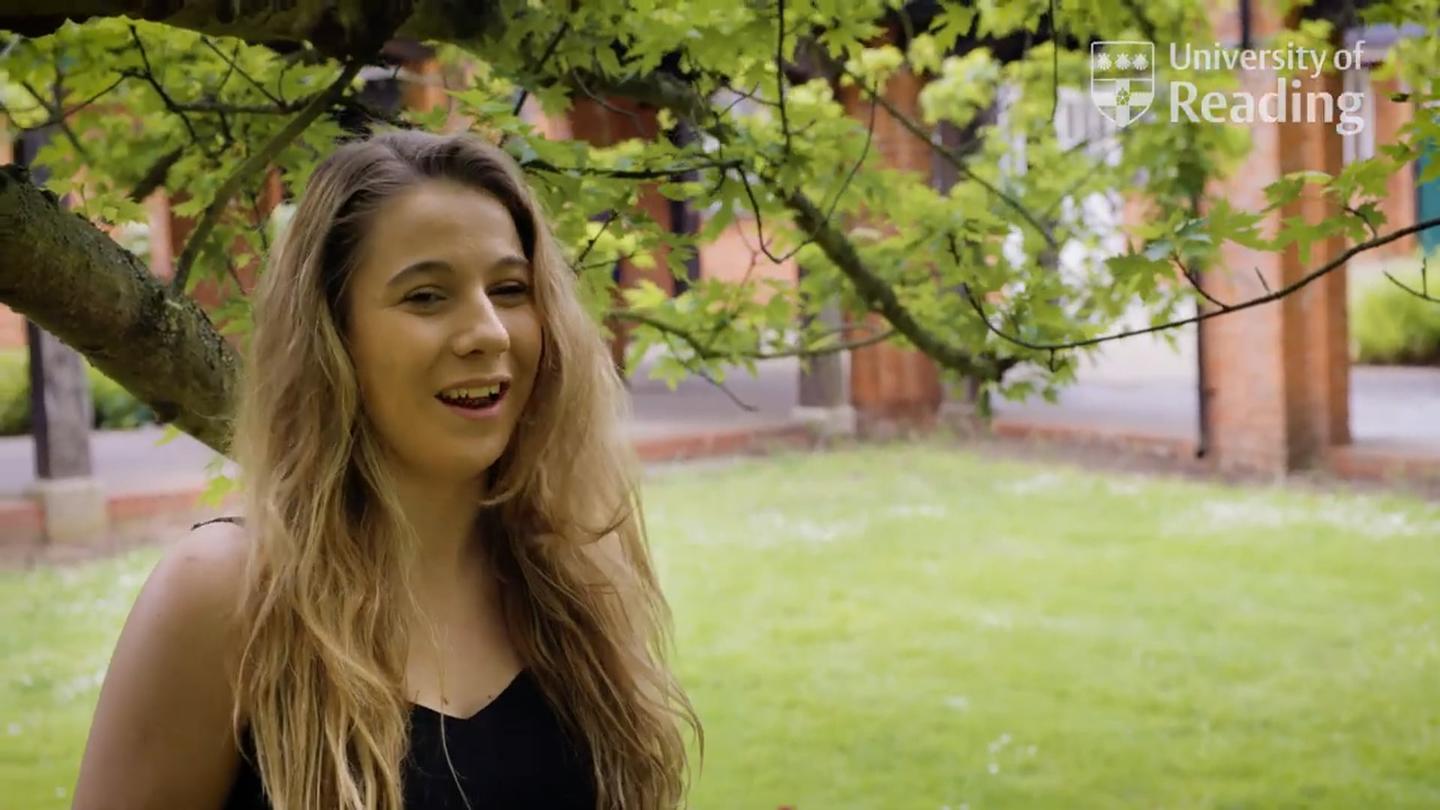 VIEW PROFILE
The University of Reading is an international community with more than 21,000 students from around 165 countries.
Reading is just 22 minutes from London Paddington by train, and 45 minutes from Heathrow Airport by coach. Windsor and Oxford are also close by.
Reading supports undergraduate, master’s and doctoral students to maintain, improve and develop their academic English.